Skip to content
Domino Schnoodles | Allergy
Scroll down OR Click on the lines IN THE BOX
ALLERGY–ASTHMA sufferers – this is the dog for you!
Your ONLY choice: 1st GENERATION SCHNOODLE
FIRST Generation cross. Why it is so important
MUST READ ** Why Choose the Poodle/Schnauzer cross?


The #1 reason buyers settle on the Schnauzer/Poodle cross, is that both breeds are HYPO-ALLERGENIC. Suddenly, after thinking they could never own a dog because of allergy or asthma problems, there is hope that the family can finally have a pet! I’ve seen tears rolling down buyers faces as they realize that the dog they have been holding did not cause a rash, a stuffed nose, runny eyes, a twitch in the throat. It’s a special moment! Aside from all the wonderful qualities of this breed perhaps the greatest reason bringing families to the Schnoodle is that this dog does not shed. Neither parent has a coat that sheds which makes this combination the perfect pet for a family with allergies or asthma. My daughter lives her life with inhalers, pills and a breathing machine. She has severe allergies which lead into asthma attacks. Ashlee, who now breeds dogs with me, has no problems with the Poodle, Schnauzer and Schnoodle.

Norma, We have him in the San Francisco Humane Societies’ Animal Assisted Therapy program, where he loves to cuddle both elderly and unwell. He excelled at agility training, beating all but one other dog (a miniature Schnauzer) in intermediate class. He loves to go for hikes of 10 miles or more, even backpacking for longer trips on occasion. We initially got Rudy after being exposed to another Schnoodle — as I’m very allergic to dogs we needed a non-shedding breed. I never could have imagined what happened next. I believe for one that having Rudy in our home has not increased my allergies at all, but actually eliminated my need for medication. Rudy is of course outside every day, and brings back small amounts of allergens into our home before his ritual grooming brings him back to clean. This has in turn exposed me to small, measured doses of allergens and all but eliminated my seasonal allergy issues. I for one never could have imagined this as a result! We couldn’t be more pleased. Thanks, Don 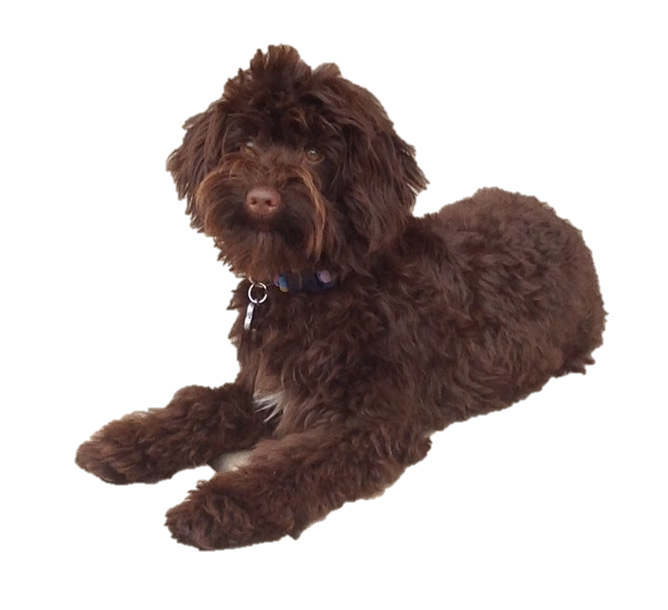 Rosie was purchased at age 6 months by a retired couple. They were leaving for a vacation three weeks later so we decided it would be best if I babysat since she was so new to her surroundings. This is the letter I got with the “cancellation” to babysit!

Rosie has adapted incredibly well to her new home. The really good news is daughter and grandson not presenting allergic reaction. So the new plan is for Rosie to live with them while we are in Hawaii. Regards, Fran & Mel


I recently had a call from a lovely lady. She had a 3 year old Schnoodle that she purchased from a rescue. The mother and litter had been abandoned. I asked her if she was sure it was a first generation Schnoodle. She said she was sure because she had “seen” the mother who was definitely a purebred schnauzer! She was very happy with this dog and wanted another Schnoodle. I was answering questions about my pups when she suddenly stated that she had done a DNA test on her dog (I didn’t ask why) and it was Poodle, Schnauzer and some Maltese! As the saying goes, “you can’t judge a book by it’s cover” so you shouldn’t judge a parent by “visible attributes”. ONLY registration papers can attest to the fact that you are getting what you set out to purchase. In the cases of severe allergy or asthmatic families, that “little bit of Maltese” would not work and the poor buyer would think they were destined to never know the companionship of a dog.
From a breeder’s standpoint, the Schnauzer has the same no shedding/no allergy characteristic as the Poodle. Notice I don’t use the words “low shedding” which is a popular explanation used by breeders crossing “other” breeds to the Poodle. Common sense should tell you that if one of the breeds is a shedding dog, that “allergy component” is only cut in half! 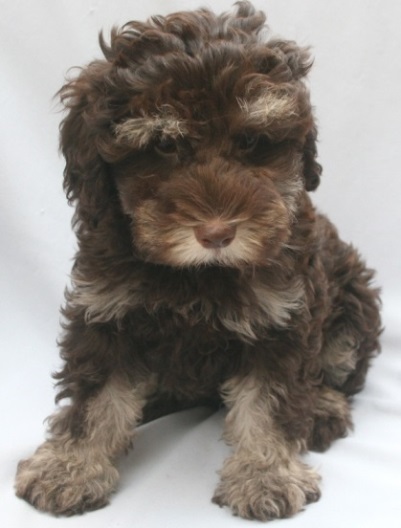 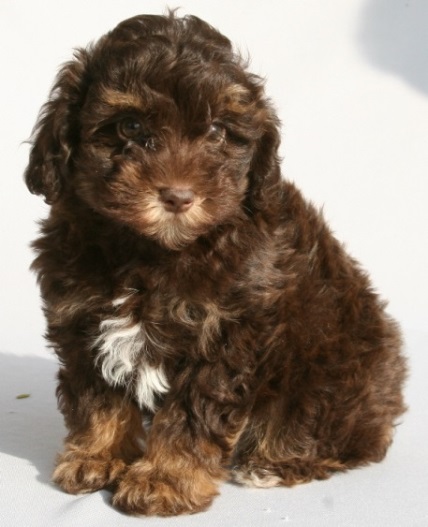 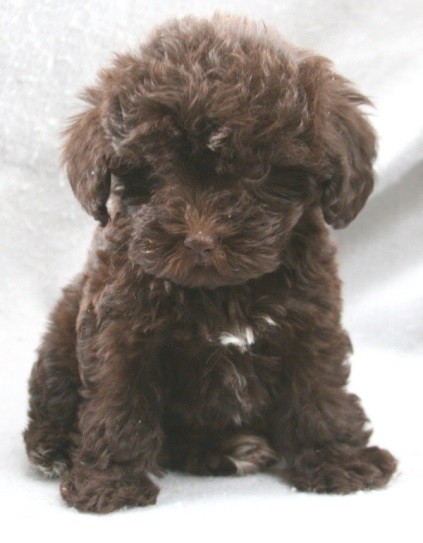 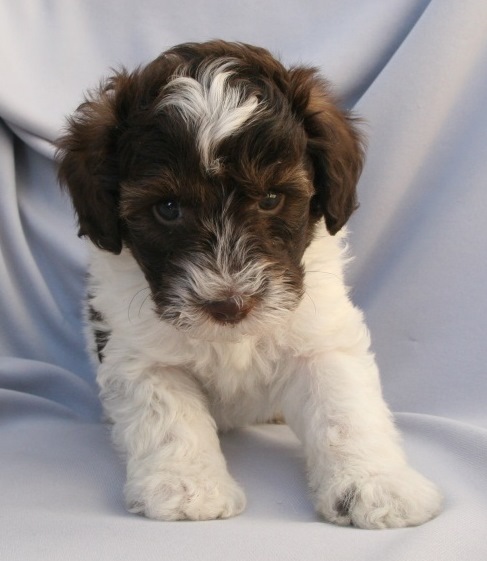 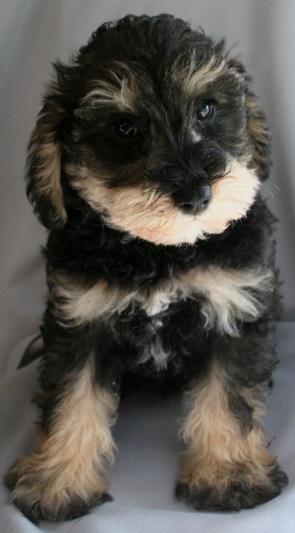 HAPPY ENDINGS are COMMON AROUND HERE!
For families like mine, the only dog to own is a Schnoodle.

Just before Christmas I had a lady “sneak” out here with her husband. Her daughters desperately wanted a dog but she couldn’t handle the “itch”. She spent over an hour holding the dog, letting it lick her, rubbing her eyes with her “dog” hands and NO reaction. Guess you know the outcome!
Another lady arrived with a petri dish. Her kids wanted a dog but “one of them” was very allergic. She had made arrangements with the child’s allergist for later that day. We shaved the stomach of the Schnoodle so as to get skin flakes and hair. She picked up her child and went to the Dr’s office. Testing was done with the samples and patient. The whole family arrived the next day to pick up the pup!
© 2016 Domino Schnoodles